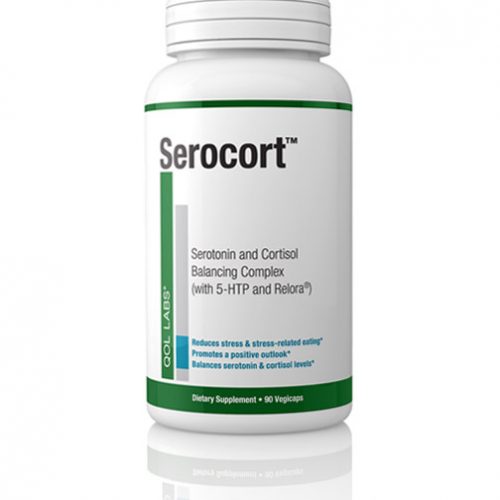 Serocort is the NEW NAME for Pure Balance Serotonin!

Quality of Life Labs is pleased to introduce SEROCORT ™ with Serotin(tm), an all-natural formula shown to improve mood and accelerate weight loss in overweight individuals.*

About Serotonin
Serotonin is a brain chemical that regulates mood, sleep, and appetite. The body normally contains anywhere between 10-12 mg of serotonin. There is significant evidence to suggest that people who suffer from even a slight imbalance in bodily levels of serotonin may experience negative mood states, poor quality sleep, increased appetite, and cravings for carbohydrates.

It’s Official: Consumers Lose 0.5 pounds More Per Week with Pure Balance Serotonin!
A 12-week double-blind, placebo-controlled, crossover study conducted specifically to test the effect of Pure Balance Serotonin ™ on weight loss found that people who took the real formula lost an average of 0.5 pounds more per week than those who took the placebo. Not surprisingly, they also experienced dramatic improvements in quality of life.*

*These statements have not been evaluated by the Food and Drug Administration. This product is not intended to diagnose, treat, cure, or prevent any disease.

FREE SHIPPING on Orders Over $100 U.S. and Puerto Rico. Dismiss